Engineers Willing to Alter Plans for Calvert I-24 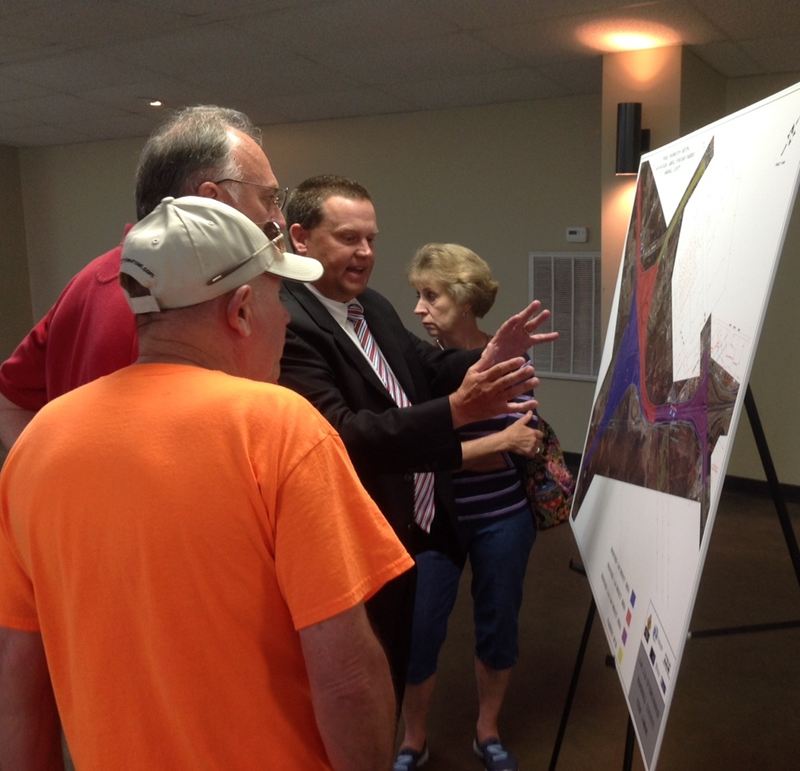 A public meeting Thursday night shared the Kentucky Transportation Cabinet's options for improvements to the proposed I-69 corridor, including changes to the interchange between the Julian Carroll Purchase Parkway and I-24. But an engineer says nobody should be too alarmed by what they saw or have heard about the project, because they have already considered people's comments, and are committed to rethinking the closure of the Parkway's spur into Calvert City.

Gary Valentine, Deputy State Highway Engineer for Project Development for KYTC, said the meeting shared ideas and gathered feedback from the public, but the drawings and handouts don't show that the state is already willing to consider other design options.

Valentine said, "We have heard the public to date, already, that's a major concern for them. So what we've committed to Rep. (Will) Coursey and his constituents in this area, is we're going to go back to the drawing board. We've heard these concerns, and we're going to take that into consideration and re-examine - is there any way to meet the national and regional needs of I-69 and mitigate the impact to the local community here?"

Changes have to be made to the interchange so that I-69 can continue toward Tennessee from I-24. The interchange at Purchase Parkway was once part of a toll road, and was not designed for travel at 70 mph in what is called a "major split" - where drivers must make a high-speed decision on which route to take. Examples of similar "major split" designs were shown, so everyone would have an idea of what to expect.

The decision to close the spur was related to the space needed for redesigning the interchange, but after the public's reaction, Valentine said they will do whatever they can to satisfy everyone, and ideas at the meeting were welcomed. They will share their new options at another public meeting later this year.

"It may take us a little time to work through some of the options and work with the Federal Highway Administration to see if those options are acceptable, but sometime later this year we'll be back out to the public," Valentine said.