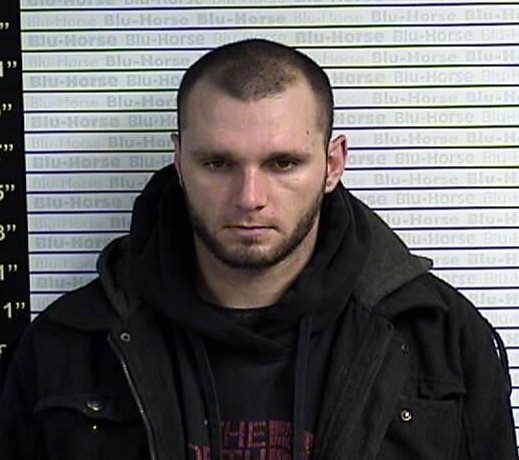 Last summer, 27-year-old Christopher Bouland lived in Farmington and was charged with harboring a vicious animal after his two dogs attacked Mitchell Slayden, causing serious injuries. Slayden had to be flown to Vanderbilt University Medical Center for treatment of injuries.

Both dogs were seized by Kentucky State Police and Graves County Animal Control, but they were returned to Bouland under the conditions that they dogs be removed from Graves County and kept inside or on a leash. Bouland told the court that he was taking the dogs to Tennessee.

On Wednesday, Sheriff's deputies responded to the a home on KY 129, between Wingo and Pilot Oak, for a dispute between neighbors. When deputies arrived they found Bouland lived there, and had two dogs on his property.

Deputies said one of the dogs went into a neighbor’s yard and made aggressively movements toward a neighbor, who shot the dog in self-defense. The dog was taken to a local veterinarian’s office for treatment.

The Sheriff’s office and the Graves County Attorney’s Office later determined that the dog that was shot had been one of the dogs involved in the attack of Slayden last summer, and the other dog was also on the property.

Bouland's violation of the orders by the Graves County District Court led to his arrest Thursday night on a contempt of court charge. He was also arrested on a separate warrant for bail jumping.

The second dog was seized by Animal Control. The dog that was shot will also be seized when it is released from the vet.