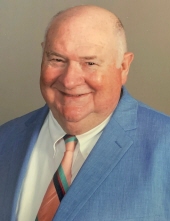 He was preceded in death by his parents and grandchildren Addison Noel Andrews and A. Taylor Andrews.

Leon graduated from the University of North Carolina - Charlotte with a BA in Business, attained his Flight Instructor and Airline Transport Pilot licenses in his early 20s, and faithfully served our Nation as a Supervisor of Air Traffic Controllers for the Federal Aviation Administration for over 36 years. He held several positions of distinction in the United Methodist Church and was grateful for the privilege to serve in faith. Leon’s professional achievements were surpassed only by his personal achievements: he was patient, kind, loving, and always had witty remarks at the ready to lift others’ spirits. Leon epitomized what it means to be a caring husband, father, brother, uncle, and grandfather. Although Leon has begun a new journey, his legacy of honesty, integrity, hard work, determination, kindness, and humility will live on through all those
lives he touched.

The family would like to thank those involved in his compassionate care while he was at Jackson Purchase, St. Thomas Rutherford, St. Thomas West, and Anna Mae Owen Hospice house.

A private service was held by the family on November 5th. A public memorial service will be held in Charlotte, NC on a to-be-determined date in December.

Please join family and friends in honoring the life of Loretz Ramseur, Jr., by visiting www.imesfh.com and posting your tributes and memories.

Imes Funeral Home is entrusted with caring for his family.