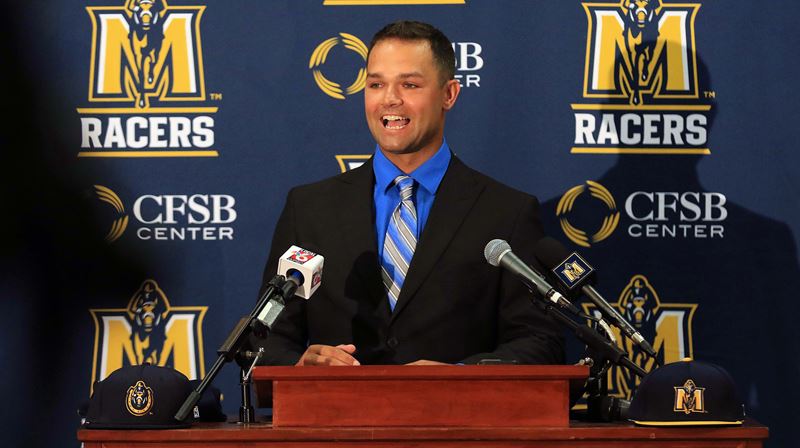 Skirka is coming off four successful seasons at Walters State Community College (Morristown, Tennessee) where he was recruiting coordinator with a program that played in the National Junior College Athletics Association (NJCAA) World Series championship game in 2018 and finished with a record of 60-8.

With Skirka on staff, the Walters State Senators enjoyed tremendous success in four seasons with an amazing record of 208-48 for a winning percentage of .812.

In 2018, Walters produced an offense that was top-10 nationally in 13 categories which pushed the team to first in three different national polls. In 2017, the Senators were 44-12 and placed second nationally and produced a pitching staff that ranked among the top-3 in several categories in NJCAA. The 2016 team produced a record of 47-16 and the NJCAA Pitcher of the Year and 2015 saw Walters go 57-12 and place third nationally with seven NJCAA All-America selections including the NJCAA Player of the Year.

Skirka recruited infielders Hunter Wolfe and Austin Henry who are headed to play at Texas Christian in the fall, while pitcher Hayden Lehman and catcher Luke Berryhill are each signed at South Carolina. A total of five Walters players are headed to Power-5 Conference schools in 2018 including: third baseman Duncan Pence (Tennessee) and pitcher Peyton Alford (Virginia Tech).

At a level of baseball where the goal is to produce players that can advance to play NCAA D-I or professionally, Skirka was a big part of sending 36 players to NCAA D-I schools and saw another eight drafted by Major League Baseball teams.

"I want to thank Allen Ward and President Davies for believing in me and my vision for the Racer baseball program," Skirka said. "My family and I couldn't be more excited to be back with this great program and community. I am looking forward to working with our student-athletes and helping them be successful on the field and off it."

"I couldn't be more excited about Coach Skirka taking the reins of our baseball program," Ward said. "He's one of the top young coaches in the game with an extraordinary eye for talent. He's someone with impeccable character and a knowledge of the game that's undeniable.  It didn't take me long to become sold on what his plan is for Racer Baseball."

"This is a really good day for Racer Baseball," Ward added. "Dan's energy and passion for Murray State is infectious and our returning players and incoming signees will quickly realize just how special it is to be part of this program under Coach Skirka's leadership. He will lead by example while teaching and developing his players to be champions both on and off the field. His four years at Walters State may be the most successful stint for a coach I've ever observed. 208 wins in four seasons is unprecedented and I don't recall ever hearing of a team winning 60 games in a single season. It's just remarkable and Dan is given immense credit for that success."

"We've got a very passionate group of baseball alums that are going to love working with Coach Skirka to elevate the program," said Ward. "He's the type of coach that will create a buzz around the program and former players will want to be a part of what's happening.  With this hire, I believe we'll soon see that the years of mediocrity are over."

Skirka is married to the former Kelsey Hanson, they have a son, Keegan, age two.