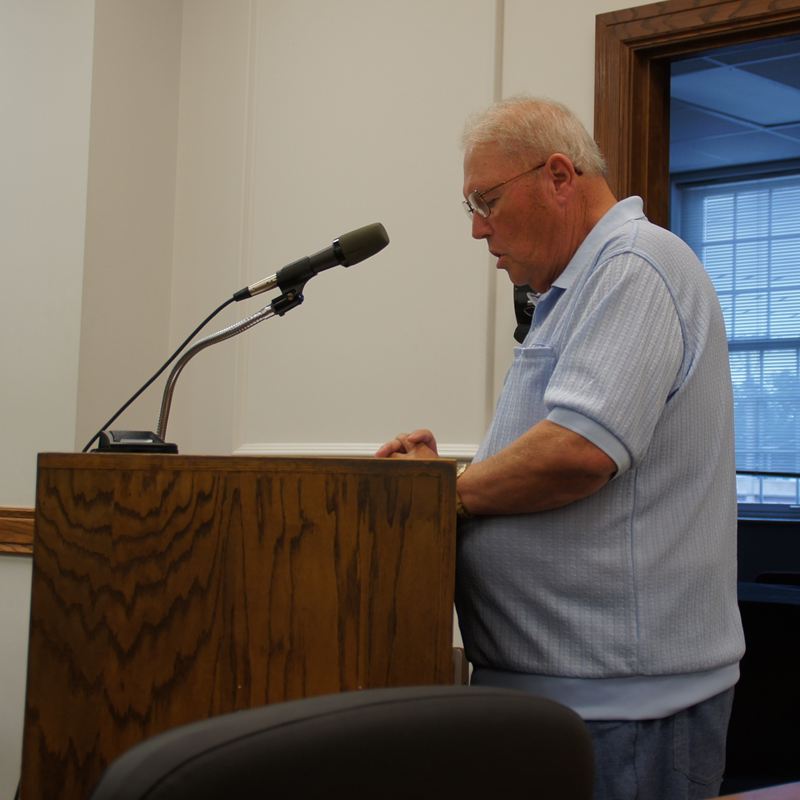 With a dozen or more animal activists in the audience, wearing "Build, Don't Merge" t-shirts, Adams said the task force was very involved and participated in vigorous debate, including comments from citizens throughout the process.

After touring the Animal Shelter adopted for use in 2011, Davis said the unanimous vote was that it was not feasible to upgrade or fix it, so that left two options: enter into a new agreement with the McCracken County Humane Society, or build a new shelter. Following those discussions, a motion passed 7-3 by the task force on April 16 recommended to the Fiscal Court that negotiations begin to re-establish a relationship between the city and county governments and the McCracken County Humane Society for animal control and an animal shelter, as long as agreement is reached to provide humane care for the animals.

A second motion passed unanimously, recommending that if an agreement could not be reached, that a new building be constructed for this purpose, and managed by an independent board of directors. Davis added that a resolution passed unanimously as well, informing the Fiscal Court that the subject of euthanasia be addressed regardless of the final action of the county, and as quickly as possible for the welfare of the animals. He said every detail sheltering and euthanasia were discussed, including criteria for judging animal behavior, age factors and long-term sheltering, working with rescue missions, and how volunteers can work with county employees. Each one of those issues can create division, so a policy is needed.

"One of the biggest issues that we struggle with is, 'how do we deal with unadoptable dogs, or maybe aggressive dogs,' and it occurs to us that process has to be developed," Davis said. "We need to address that in a comprehensive way and come up with a plan that everybody can see and identify."

County Judge-Executive Van Newberry agreed, saying it must be addressed, and "it has to be a policy that we can live with in good conscience. Diana Cruickshank of the task force outlined the policies of the Humane Society of Lexington, which has been listed as a possible model for Paducah. She said that city's Animal Control takes in all of the animals, and the Humane Society shelters them. A person in Lexington gave her data indicating that 40 percent of the 10,000 animals captured each year are euthanized, about 1,000 are re-claimed by owners, and about 1,000 are sent to foster care or rescue shelters. This leaves about 4,000 animals per year that are housed at the shelter.

Cruickshank said the Lexington shelter says it is, "low-kill," but that's only because the majority of euthanizations are done before the shelter ever sees the animals. Newberry said it was an interesting clarification of the data he's seen, and that system is not one that he would want in Paducah.