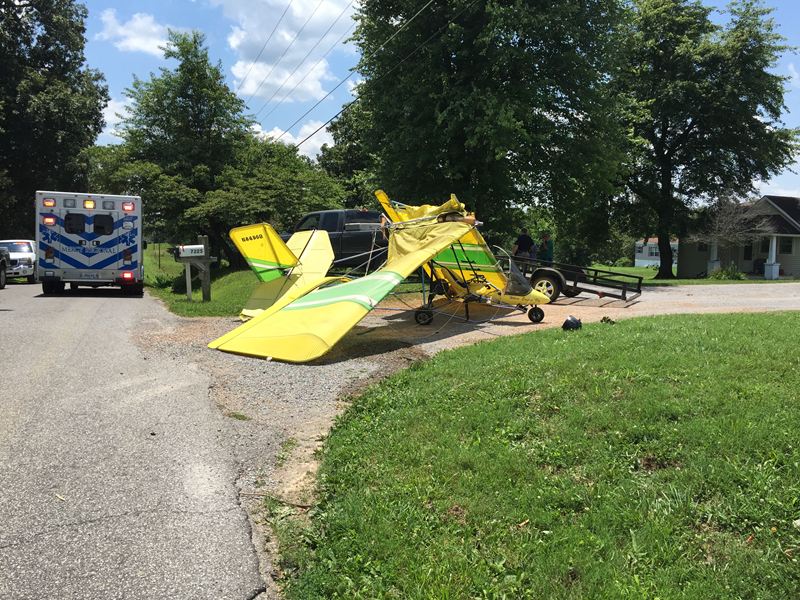 When deputies arrived, they found a yellow ultralight plane with significant damage underneath the power lines on Old Houser Road. Sixty-one-year-old Terris Sullivan of McCracken County told police he was flying the ultralight and was attempting to land in a field. Sullivan said his approach was too fast and he was accelerating into a climb to circle back around when the wind caught the ultralight, pushing the plane to the right and down. Sullivan said he knew he wasn’t going to be able to clear the power lines so he attempted to go underneath the lines and the ultralight clipped the telephone cables causing him to crash.

Sullivan suffered minor injuries and was transported to an area hospital by private vehicle.