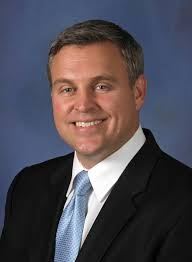 Both local leaders recently voiced their concern about what Hayden called "lax environment" at the halfway house, and how the staff is trained. At Monday's Fiscal Court meeting, Bartleman said, "I fear that it's a tragedy waiting to happen from people, inmates escaping from that facility."

Bartleman wrote a letter to Tilley requesting a meeting after an incident on November 9. James Booker walked away from the facility, stole and wrecked a car, then assaulted Deputy Roger Simons along I-24 and stole his cruiser. Booker was taken back into custody after another wreck in Caldwell County.

Since it is a state facility, Kentucky State Police are typically called when incidents occur at the halfway house, in spite of the fact that the McCracken County Sheriff's Department is only two blocks away.