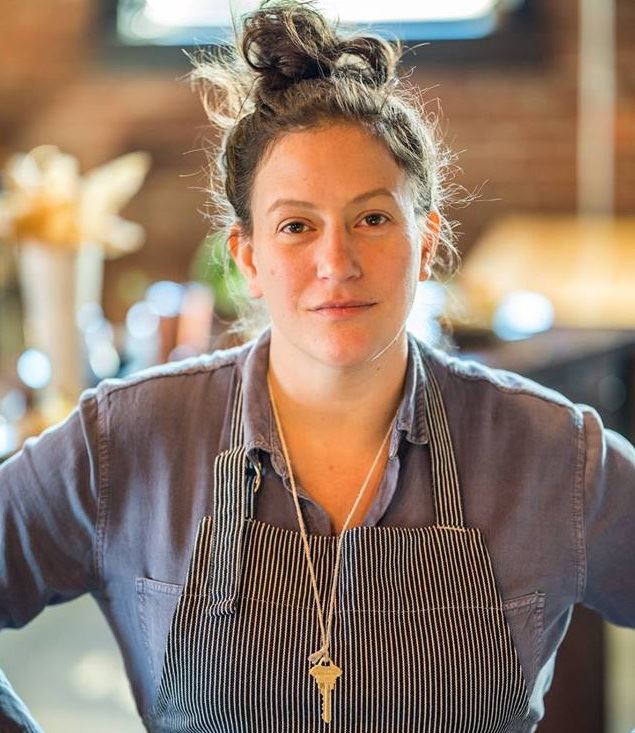 Advertisement
By West Kentucky Star Staff
Dec. 06, 2018 | PADUCAH
By West Kentucky Star Staff Dec. 06, 2018 | 03:53 PM | PADUCAH
Paducah's chef Sara Bradley, who owns and runs the Freight House restaurant, is one of 15 competitors on the 16th season of "Top Chef" on the Bravo Network (channel 175 on Comcast), which premiered Thursday night at 8 pm.

Bradley told West Kentucky Star that it's pretty intense and intimidating at first.

She said, "You go in, you have no clue how any of the things work behind the scenes, and you get to see it all - you know, everybody's seen a million reality TV shows - but it's pretty different back there."

Bradley said the competition is stiff enough, but having a camera in her face and wearing a microphone took the pressure to another level, in spite of the fact that she's been cooking professionally since she was twenty years old.

Since nobody could bring anything with them that would give them an advantage, Bradley said one thing she did to prepare for the competition was memorize some recipes.

Bradley said, "My mother's pie crust, different pie fillings, my biscuit recipe, a lot of things that were baked goods, I memorized those, and then when I got there, I forgot them all! I couldn't remember a single one, like things I've made for years and years, they just were out the door!"

As for host Tom Colicchio's demeanor, which can be a little intimidating, Bradley said she looks up to him, so she didn't want to disappoint him.

Sometimes on reality TV shows, there is a little bad blood, or it's portrayed that way by the production crew to spice up the show. But Bradley said she didn't perceive that among her peers.

Bradley said, "That first night, when we were all together in the house, it was like summer camp. There's never been a chance where you're surrounded by fifteen other people who do the exact same thing you do every day and are so passionate about it, they've devoted their lives to it. So, we didn't have any bad people on our season, everybody was really chill."

As the only Kentuckian competing in season 16 - filmed in and around the Bluegrass state - Bradley said she carried the weight of representing her home. She enjoyed pointing out landmarks in Louisville and other cities to the others, and felt like a tour guide. However, Bradley knew if she was eliminated, that opportunity and the chance to showcase Kentucky dishes would be gone.

She said, "Because that's what we do at my restaurant, we take very classic recipes - a lot of them regional cuisine - and we kind of reinvent them in a different way."

Bradley noted that since the Freight House opened, there have only been a few days where Silver Carp (a species of Asian Carp) has not been on the menu.

"We sell it like crazy, it is just delicious! We have never had a day where it hasn't been on our menu. A couple of times, maybe when the fishermen can't go out and get it because of a storm or something like that, but we've never not wanted to serve it," she said.

Maiden Alley Cinema hosted a viewing party for the premiere episode and there was an after-party at the Freight House where fans could taste what Bradley prepared on the episode.

How did she do?  Although Bradley was disappointed to be among the five chefs who could be eliminated, she survived to compete in next week's episode.
ADVERTISEMENT
Advertisement
Latest McCracken County
McCracken County