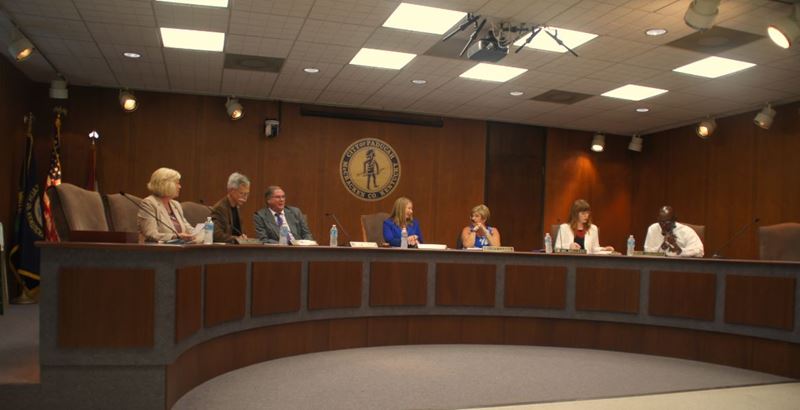 The changes introduced at a meeting on December 19 added language to the ordinance to include age, sexual orientation and gender identity. It currently lists race, color, religion, familial status, handicap, sex or national origin as protected classes of people, as protected by state law.

The ordinance also outlines the authority given to the Paducah Human Rights Commission, a board appointed by the Mayor. Procedures for how claims or grievances would take be handled have been amended to include the additional classes of people.

A release from the gay-rights group the Fairness Campaign says Paducah would become the ninth city in Kentucky with those types of protections if the ordinance passes.

The measure would prohibit discrimination in employment, housing, and public accommodations.

The Fairness Campaign said in a release on the upcoming vote that it has been working with Kentuckians For The Commonwealth and the American Civil Liberties Union of Kentucky to organize local supporters of the anti-discrimination ordinance. The organization's website and social media accounts are inviting supporters to come to the meeting and speak, and will be at the McCracken County Public Library from 3:30 - 5:00 pm Tuesday to provide help to anyone who needs it before the meeting.

The Commonwealth Policy Center held a meeting Thursday in Paducah for opponents of the proposed ordinance, encouraging them to speak at the meeting. Richard Nelson of the CPC says inclusion of these special classes isn't necessary since there have been no discrimination claims to the Human Rights Commission. He cited cases in Kentucky and across the U.S. where Christians have faced fines and legal fees because local commissions said they discriminated by denying some services because of their religious convictions. Separate cases are currently before the U.S. Supreme Court and the Kentucky Supreme Court.

The meeting is at 5:30 pm Tuesday at Paducah City Hall. The meeting's agenda and supporting documents can be found at the link below. Documents related to this topic begin at page 28 of the packet.