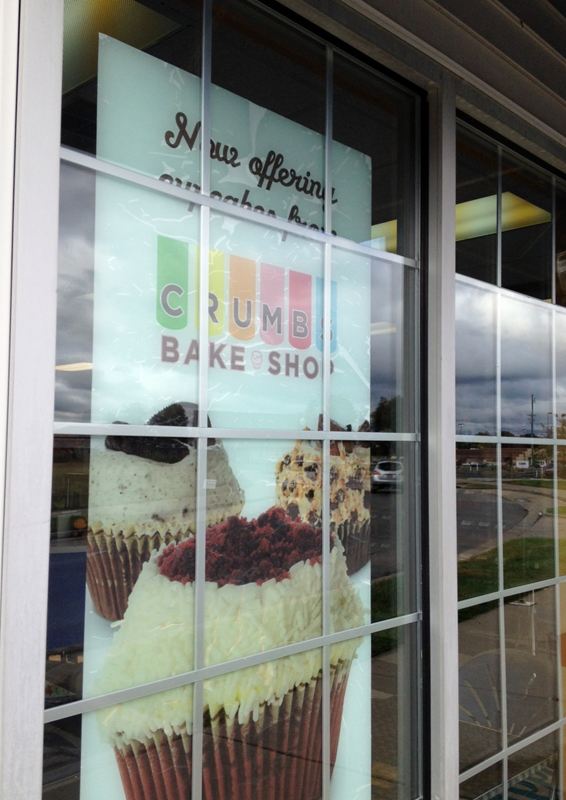 Advertisement
By Matt McClain
Oct. 14, 2014 | PADUCAH, KY
By Matt McClain Oct. 14, 2014 | 10:06 AM | PADUCAH, KY
It's something that's been available in Paducah for weeks, though you may not have known it.  Earlier this year, you could even own stock in the company that makes them on the Nasdaq Exchange.  But that was before a bankruptcy forced the abrupt closure of all 65 locations in 10 states of Crumbs Bake Shop back in July.

Then enters Dippin' Dots from stage right.  Chicago Investor, and host of CNBC's 'The Profit', Marcus Lemonis swooped in (along with Fischer Enterprises who has a 70% ownership stake in Dippin' Dots) and saved Crumbs Bake Shop earlier this year. Fisher and Lemonis did the same when the "Ice Cream of the Future" declared its own bankruptcy back in 2011.  Crumbs Bake Shop is famous in major metropolitan areas for their amazing cupcakes.

Over the past week, Crumbs stores have been reopening.  First in Los Angeles and Newark last week, and as of Tuesday, October 14, their flagship store in Manhattan.  A few dozen more stores across major metro areas are slated to open within the next 30 days.

While the rest of the nation has been salivating at their chance to get another taste of their cupcakes and other baked items, residents in western Kentucky have been able to do just that for weeks now at Dippin' Dots' flagship store, the Dippin' Dots Treatery, along the 2700 block of West Park Drive in Paducah.

Also this year, Fischer Enterprises added Colorado based Doc Popcorn to the mix, and the Dippin Dots headquarters along Charter Oak Drive in Paducah has gotten even busier.

Things are looking very good for Dippin' Dots and it's newly acquired brands of specialty foods, says Steve Heisner, Spokesman for Dippin' Dots in Paducah.  Heisner says the company has even added employees to their Paducah headquarters to help facilitate the growth.

Heisner says while Doc Popcorn and Crumbs' products are not being manufactured in Paducah, as they do with Dippin' Dots, all the managing and support work at every other level is being handled in Paducah.

Heisner says that's one of the perks of having everything headquartered in Paducah.  Area residents are able to get a taste of products that otherwise probably would not be available to consumers in the region.

Dippin' Dots will be having a Fall Festival at their Treatery location on Saturday, October 25, 2014, from 11 am until 3 pm.  Heisner says the flagship store will have inflatables, carnival games, and giveaways during the festival.  They will also have their full slate of products, including Doc Popcorn, Crumbs Bake Shop items, an entire array of candy, and of course, Dippin' Dots.