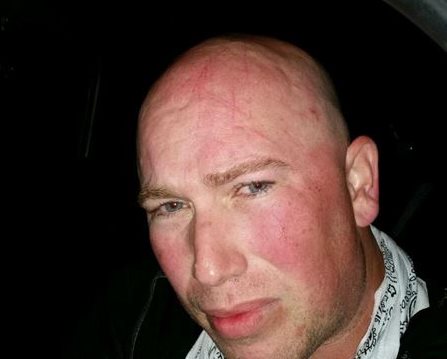 At around 12:28 am on September 22, McCracken County Sheriff's Deputies responded to an alarm activation at the TVA Employees Federal Credit Union, located at 7755 Metropolis Lake Road. When deputies arrived, TVA employees alerted deputies to a suspicious car parked about 100 yards southeast of the building. Police said the car belonged to 36-year-old Jesse Williams, of Metropolis, who was employed as a private security guard for the TVA Shawnee Power Plant.

Deputies said that during their investigation, they discovered a metal cash box and tire tool lying in the front passenger side floorboard of Williams’ car. Deputies also reportedly noticed one set of shoe prints leading from Williams’ vehicle to the area of the credit union.  TVA employees also reported seeing a set of shoe prints on the wooden ramp leading to the front door of the credit union, which had dried by the time deputies arrived.

About an hour after deputies arrived on-scene, Williams, who identified himself as an off-duty TVA guard, called 911 and said he was in the woods east of the credit union. According to Williams, he was on his way to the plant and observed three individuals on the side of the road, across from the credit union. Williams told police that as soon as the individuals saw him, they began running toward the woods. According to Williams, he drove toward the woods in an effort to chase the individuals, at which time, they dropped several items and ran into the woods. Williams told police he got out of his car, picked up the items—which included the cash box—and threw them into his car. According to Williams, after he threw the items into the car, he chased after the individuals into the woods and became lost. Deputies said Williams, who was not scheduled to work at the plant the night of the alarm activation, could not explain why he waited an hour to contact them.

Deputies said they couldn’t find any sign of forced entry to the building. Employees of TVA told police the cash box may have originated from inside the plant and TVA Police agreed to continue the investigation internally.

Later that afternoon, detectives learned that the cash box had been stolen from inside the building, and that the credit union employee didn’t notice the cash box missing at first. Detectives said they eventually found evidence that Williams was responsible for the burglary. Williams was arrested with the assistance of the Metropolis Police Department.  He was booked into the Massac County Jail on burglary and theft charges.
ADVERTISEMENT
Advertisement
Latest McCracken County
McCracken County