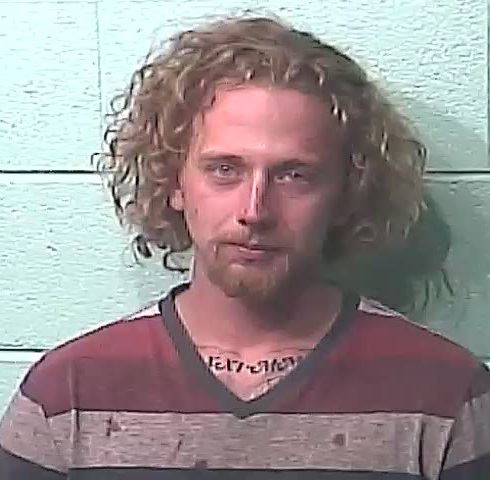 Advertisement
By West Kentucky Star Staff
Mar. 17, 2017 | PADUCAH, KY
By West Kentucky Star Staff Mar. 17, 2017 | 01:17 PM | PADUCAH, KY
Six people were injured when multiple vehicles were involved in crashes near exit 7 on Interstate 24 and traffic in both directions was at a standstill for about 90 minutes afterwards. The suspect was arrested after a pursuit into the next county.

Paducah Police say they are still gathering information, but initial reports show a Waste Path garbage truck was going the wrong way on the westbound lanes of the Interstate about 12:45 pm. Several vehicles were struck and the driver fled the scene before crossing the median and continuing east in the correct lane of travel.

McCracken County Sheriff Jon Hayden was among those pursuing the truck, which continued driving into Marshall County. It was stopped and the man was arrested on US Highway 62 between Possum Trot and Calvert City, near the KY Highway 1523 intersection.

Kentucky State Police say they joined in the pursuit near the 16 mile marker, at the Marshall County line. The chase ended when the truck became disabled, and troopers arrested the driver, 23-year-old Dalton M. Lampley of Calvert City.

Lampley was taken to Marshall County Hospital for treatment of minor injuries, and then taken to Marshall County Jail. He is charged with 1st degree fleeing or evading police, 1st degree wanton endangerment of an officer, DUI, possession of a controlled substance (methamphetamine), possession of drug paraphernalia and resisting arrest. Paducah Police say they anticipate charging Lampley with multiple counts of 1st-degree assault.

Paducah Police say in all, seven passenger vehicles were involved in accidents, along with one semi tractor trailer. Five people taken to area hospitals for treatment of injuries, and one was taken to Vanderbilt University Medical Center by helicopter. State Police say some of the injuries were believed to be life-threatening.

Nineteen other people were in vehicles that were involved in collisions, and they were taken by PATS buses to Marshall Nemer Pavilion at Lourdes Hospital, where they were helped by police and hospital personnel.

Names of everyone involved in the collisions have not yet been released by law enforcement.

Here is eyewitness video of the truck as it drove toward Marshall County (courtesy of Lindsay Nixon):


Here is video of the pursuit in a parking lot in the Calvert City area, courtesy of Michael D. Mackey: