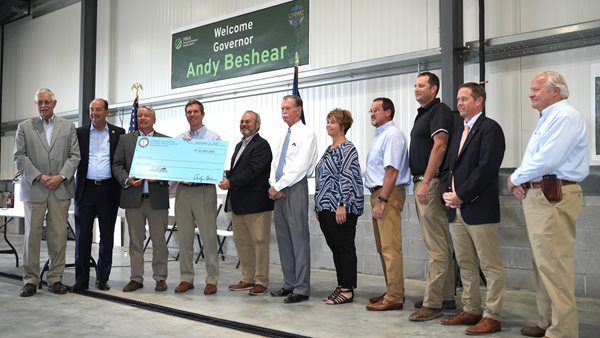 Gov. Beshear revealed the plan during a Wednesday visit to the Logan-Todd Regional Water Commission and the Elkton Rotary Club.

The new pipeline will initially extend through Trigg, Christian, and Todd counties, and have the capacity to expand up the I-24 corridor to also serve Caldwell and Lyon counties. The proposed route extends from Guthrie to Lamasco.

That area is currently served by a smaller pipeline from Tennessee, but recent announcements of large factories moving to the region brings the need to expand the supply.

With the pipeline comes the formation of the Pennyrile Regional Energy Agency. The organization’s intent will be to develop underserved parts of the region, while trying to attract other industries and support the current infrastructure.

The $30 million will be allocated over the next two years.