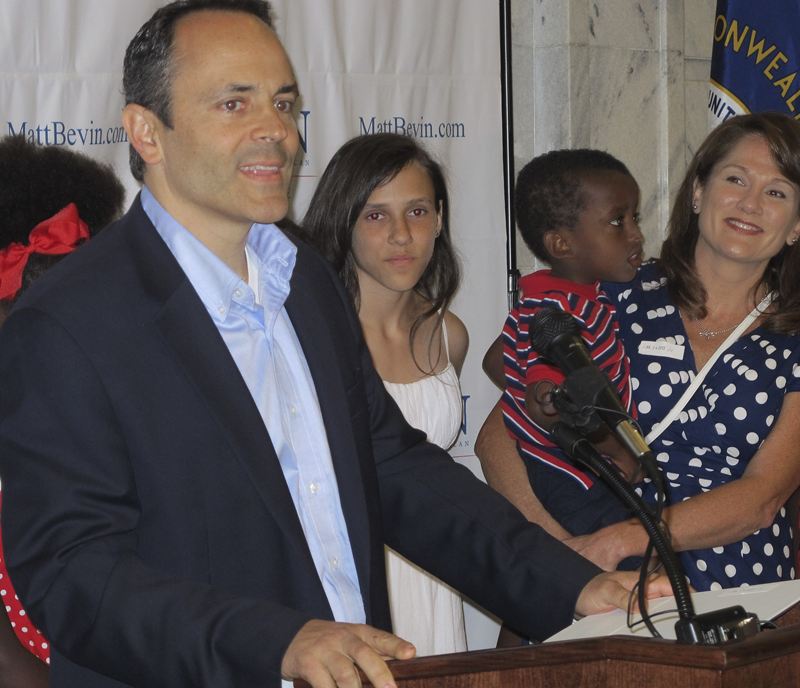 "I am very excited to endorse the candidacy of Matt Bevin for United States Senator. Matt has demonstrated his unwavering support for the pro-life movement by standing with, marching with, praying with, and giving generous financial support to Sisters For Life for many years. His support is particularly significant to our mission because we are the only organized voice for life in the Kentucky African American community," said Angela Minter.

Bevin responded to the endorsement, saying, "I am honored to have Angela's endorsement. She is one of Kentucky's most passionate and articulate pro-life leaders. I am proud to stand alongside her in the fight for the pro-life convictions that we value here in Kentucky. As Angela says, we will 'keep praying, keep believing, and keep fighting' for the unborn of the Commonwealth."

Matt Bevin has been involved in the pro-life movement since he walked in parades and attended pro-life rallies as a child in the 1970s. His mother was actively involved as a member and officer of their local Right to Life chapter. Matt has long supported the pro-life movement financially and served for years on the board of A Woman's Choice Resource Center, a pro-life counseling center. He and his wife, Glenna, have nine children, four of whom are adopted.
ADVERTISEMENT
Advertisement
Latest Kentucky
Kentucky