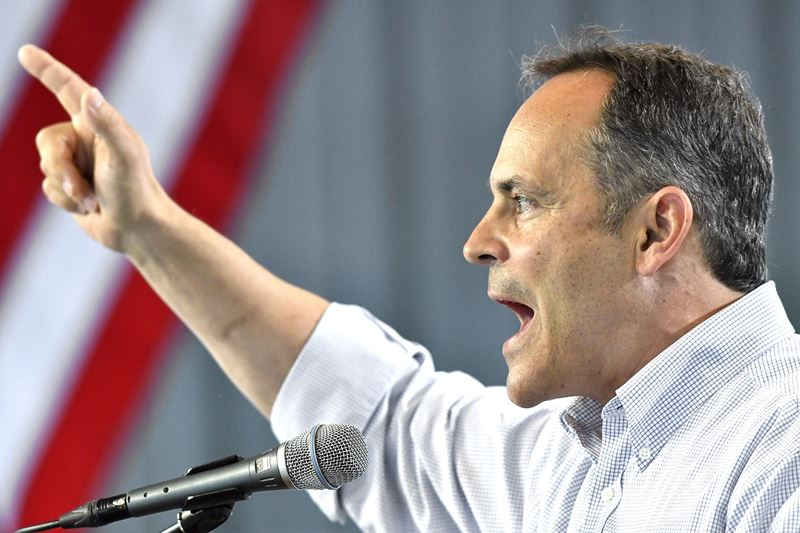 Matt Bevin held a news conference Friday to discuss his first year in office and look ahead to the 2017 legislative session, where Republicans will hold super majorities in both chambers for the first time.

Bevin earlier this year joined a lawsuit challenging the federal government's directive that public schools allow students to use the bathroom of their gender identity. But Friday, Bevin said Kentucky has no need to pass a law restricting transgender bathroom use because it is not an issue here.

A North Carolina law has prompted condemnation from business leaders and was one of many factors contributing to Republican Gov. Pat McCrory's narrow re-election loss.