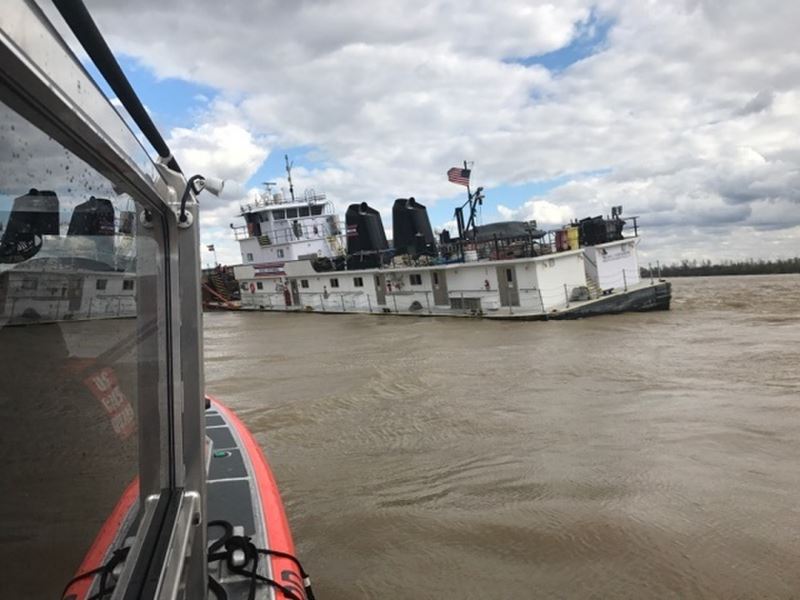 The U.S. Coast Guard says officials and lock and dam personnel are investigating, after UTV Mike A. Nadicksbernd collided with the lock at Dam 52 due to high winds in the area. The vessel, owned by American Commercial Barge Lines, was pushing 19 empty barges and one loaded with steel rods.

The towboat's engine room has reportedly been flooded, but the crew is safe.

Officials say none of the 4,700 gallons of fuel on board has been spilled, and there is no threat to the Metropolis water supply.
ADVERTISEMENT
Advertisement
Latest Southern Illinois
Southern Illinois